Our school is located in the historic mid-Louth town of Ardee. We are 76km north of Dublin, 26km from Drogheda and 20km from Dundalk.

Ardee has a population of 4,917 (census 2016) and has grown in recent years due in part to the easy access to the M1 motorway which links Dublin to Belfast. 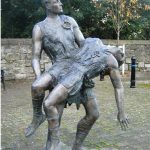 Ardee gets its name from the Irish Áth Fhirida, the Ford of Ferdia, where the legendary hero Cúchulainn defeated his friend Ferdia on the banks of the River Dee.

The Sisters of Mercy & Ardee

Our school is adjacent to the magnificent Convent of Mercy building and grounds. The beautiful convent grounds and building create a splendid background for our senior classrooms and playground.
The Sisters of Mercy were founded by Sr. Catherine McAuley in 1831. In the years after the Great Famine poverty and sickness were felt deeply all over Ireland. Ardee was no exception. Rev. Canon J. Levins recognised the great needs of his people in Ardee and set about to improve their lives.
The Sisters of Mercy were already established in Dundalk since 1847. Plans were afoot to set up a Convent in Ardee. In 1855 a suitable site for a convent was procured. The Convent was designed by John Neville and built of granite and cut limestone. It is a most elegant building of much architectural interest.
The Dundalk Sisters were approached and on February 1st 1858 a group of four sisters set out from Dundalk for Ardee.
The Sisters were filled with enthusiasm. In a very short space they identified the needs of the town:-

Within two short years they established OUR LADY’S PRIMARY SCHOOL. Four Sisters worked in the school. The enrolment grew to over 120 in less than four years.
Sunday School was provided for less well-off families. Lessons were taught for 2 hours every Sunday. This was an invaluable contribution to the lives of these girls.
In the 1860’s the Sisters established St. Brigid’s Lace School. Young girls were taught lace making and embroidery skills.
St. Anne’s Secondary School was opened in 1942 when the Sisters saw a need for Secondary School Education. They opened with 26 girls and one classroom. Numbers grew rapidly to an enrolment of 250 pupils and nine classrooms. By 1970 a new school was needed and the Sisters began negotiations with the De La Salle Brothers to build a new school for both boys and girls. A new chapter began in 1974 when the Community School opened.
The people of Ardee owe a tremendous debt of gratitude to the Sisters of Mercy. Our school is very proud of our ongoing links and friendships with the Sisters. We aim to preserve and build on the great legacy they entrusted to us. 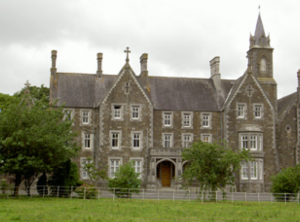