Please scroll down to view all of our news items

During the month of February, Senior Infants have been learning all about the theme ‘Space’. We spent two weeks learning lots of fascinating facts about Space before we went into our Aistear Stations. It was a very popular theme because it was so interesting and lots of fun!
Over the month, we learned all about the solar system, astronauts and the first moon landing. We learned all about the stars, the moon and the planets. We now know that the sun is actually a giant star and the position of all the planets in relation to the sun (thanks to a very clever song!). We discussed what it would be like to be an astronaut in space, watched some you tube clips of astronauts brushing their teeth and washing their hair and even how they go to the toilet in Space!! We read a very funny book called Aliens Love Underpants and listed the top ten things astronauts would need to bring to space. In our history lesson, we also heard all about the first man to walk on the moon, Neil Armstrong, and learned all about the crew in Apollo 11. We really enjoyed watching the video of the first moon landing from 1969; our favourite part was when Neil and Buzz danced around on the moon. We learned that Neil Armstrong’s footprint is still on the moon because there is no wind there! We even wrote a short poem about USA and Russia’s race to get the first man on the moon. At Music time we learned lots of lovely songs such as the very catchy Planet Song to help us remember facts about our planets. Have a look at our photos to see how much fun we were having!

At the Role Play area we had the opportunity to take on the role of an astronaut in The Space Ship. Here we had to fill in a space passport, travel to space, enter data into the Log Book using all the information learned during the teaching weeks.

In the construction area, we made space ships from Lego.

In the creative area, we drew our favourite pair of underpants from the story ‘Aliens love underpants’.

At the writing area, we wrote the ten things we would take to space with us.

At the playdough station, we created aliens with our playdough. 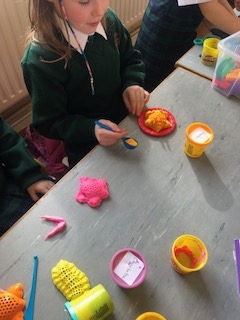 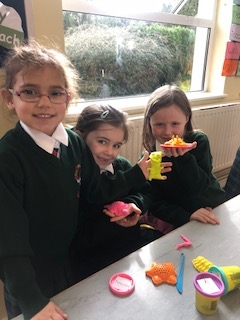 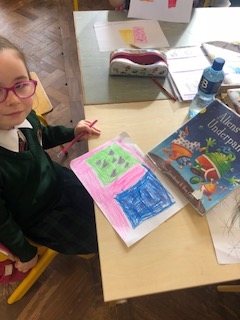 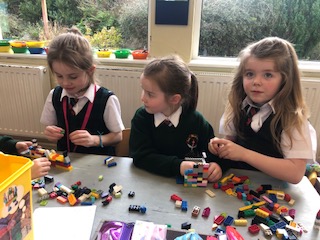 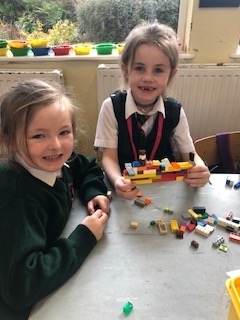 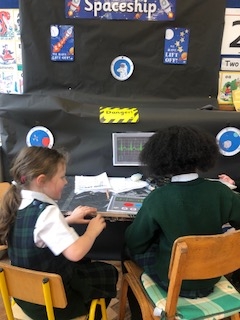 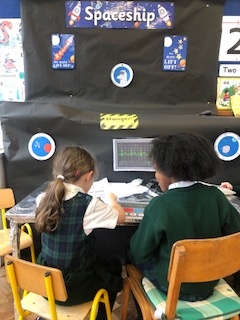 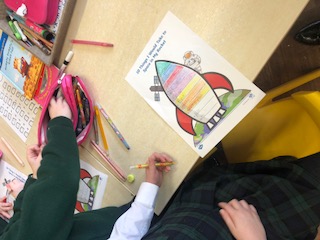 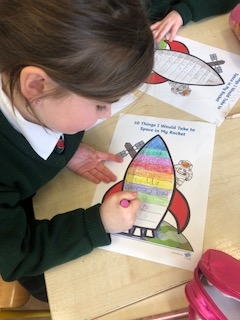 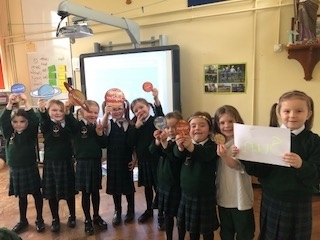